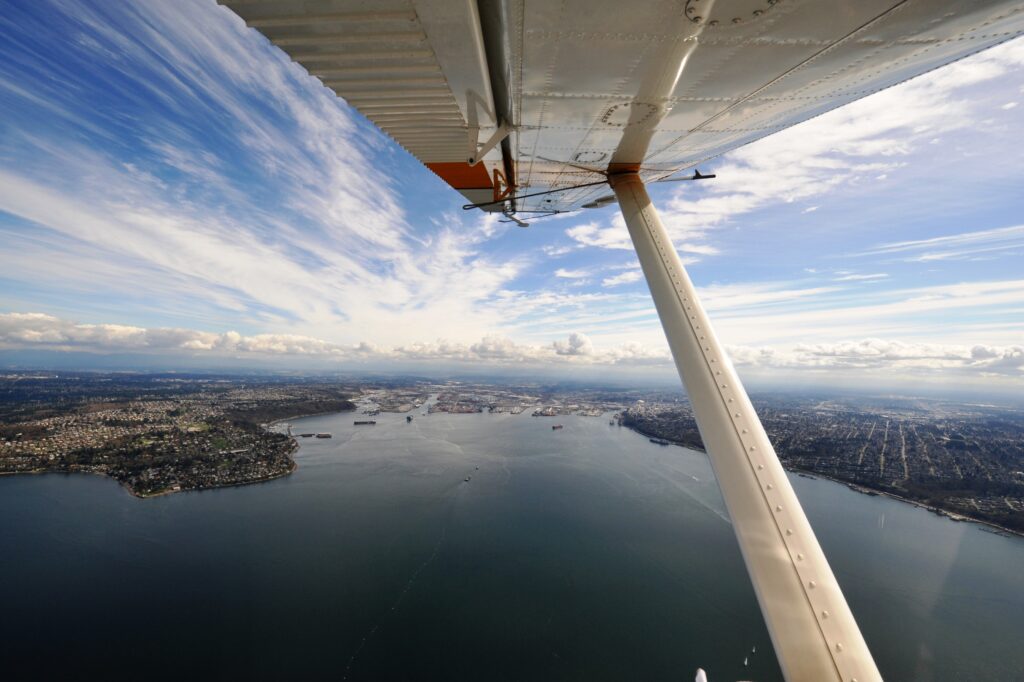 TACOMA —  Yesterday the City of Tacoma took a significant step in improving oversight over fossil fuels in the Tideflats, and responded to widespread community outcry by rescinding a preliminary approval for an expansion of the SeaPort Sound bulk oil terminal and requiring additional comprehensive evaluation of the impacts through an Environmental Impact Statement.

For years, the Puyallup Tribe and a diverse coalition of organizations have called on Tacoma to address the growing threat of new and expanding fossil fuel facilities on the Tideflats. In fall 2020, SeaPort Sound bulk oil terminal became the latest in a series of dangerous proposals, seeking to expand fuel storage on the Tideflats without any consideration of oil spill risk, air quality, or climate impacts.

The City of Tacoma is currently seeking community input on both issues–with a comment period on SeaPort Sound terminal expansion open until February 25th (comments can be submitted by emailing Shirley Shultz at: shirley.schultz@cityoftacoma.org)  and at an upcoming Public Hearing on the proposed land use regulations for the Tideflats held by the Tacoma Planning Commission on March 3rd at 5:30pm.

“It is good news to see the city recognize that fossil fuel projects have broad impacts, especially with regard to the full life cycle of greenhouse gas emissions and immediate risks to public safety,” said the Puyallup Tribal Council, which declared a climate emergency in 2019. “We encourage everyone who cares about our shared home to speak at the upcoming hearing and show that we will not sit by and allow fossil fuel projects to blunder ahead without serious study and debate. The Puyallup Tribe looks forward to participating through the government-to-government relationship in the process to be sure an accurate assessment of potential impacts is put forth in the Environmental Impact Statement.”

“Any extra time and consideration to ensure the safety and health of our one home is something we welcome and applaud. The City of Tacoma doesn’t have a good track record when it comes to the stewardship of the lands and waters under their jurisdiction and we hope fervently that this reversal is just the beginning,” said Darren and Benita Moore, founders of Native Daily Network. “If the City is ready to chart a new course to protect all life and the immediate health of the local citizens, we are 100% behind them and are willing to roll up our sleeves and get to work. We look forward to a robust environmental review and a cleaner future for our region.”

“This is a big deal. This is indicative of change happening in Tacoma, we’re not going to be a hub for the fossil fuel industry anymore,” said Melissa Malott, Executive Director for Citizens for a Healthy Bay. “Tacoma is laying the groundwork for a sustainable future.”

“This is fantastic news,” said Daniel Villa, a volunteer with 350 Tacoma. “We have been asking the City for years to block the expansion of fossil fuels and requiring an environmental review is a huge first step. We’re still calling upon the City to ban fossil fuel expansion when they renew the interim regulations in May, especially if they cement the regulations in place for the duration of the subarea planning process.”

“We at The Conversation are extremely pleased that the Tacoma Planning Commission has decided to require an EIS for SeaPort Sound Terminal’s huge expansion plan. This reflects important and conscientious due process and aligns with the Biden Administration’s forward thinking climate measures.”

“Tacoma cannot afford more fossil fuel activity in the Tideflats.” Said Mark Vossler, Board President with Washington Physicians for Social Responsibility. “The fight to preserve and improve community health is already an uphill battle given the level of exposure to hazardous pollution for all communities near the Tideflats. This decision marks a critical step in the right direction, but protecting the long term health of our communities requires permanent protections against dirty fossil fuel projects.”

“Tacoma made the right choice to require comprehensive review of the SeaPort Sound proposal, but falls short of addressing the root issue.” said Anna Doty of Washington Environmental Council and Director of the Stand Up To Oil coalition. “It’s time for the City to finally establish policies that permanently protect Tacoma from this revolving door of dangerous fossil fuel projects and pave the way for a healthier economic future.”

“Given that the climate crisis is a moral crisis, it is crucial to evaluate the environmental justice impacts of every polluting project.” said LeeAnne Beres, Executive Director of Earth Ministry/Washington Interfaith Power & Light. “The faith community thanks the City of Tacoma for reflecting the community’s values by thoroughly reviewing SeaPort Sound’s proposed expansion, and calls on the City to implement strong, permanent protections from new and expanded fossil fuel projects.”

“We’re happy to see the City of Tacoma recognize the risks of the Seaport Sound expansion proposal and call for a thorough review,” said Stephanie Hillman, Campaign Representative with Sierra Club.  “We need the City to establish solid and permanent protection from the grave risks of all new and expanded fossil fuel projects in Tacoma.”