The Shell Puget Sound Refinery in Anacortes recently announced that it is dropping its plans to construct a crude-by-rail facility. This historic victory was powered by people like you voicing opposition to the proposal over concerns for the safety of our communities and waterways! 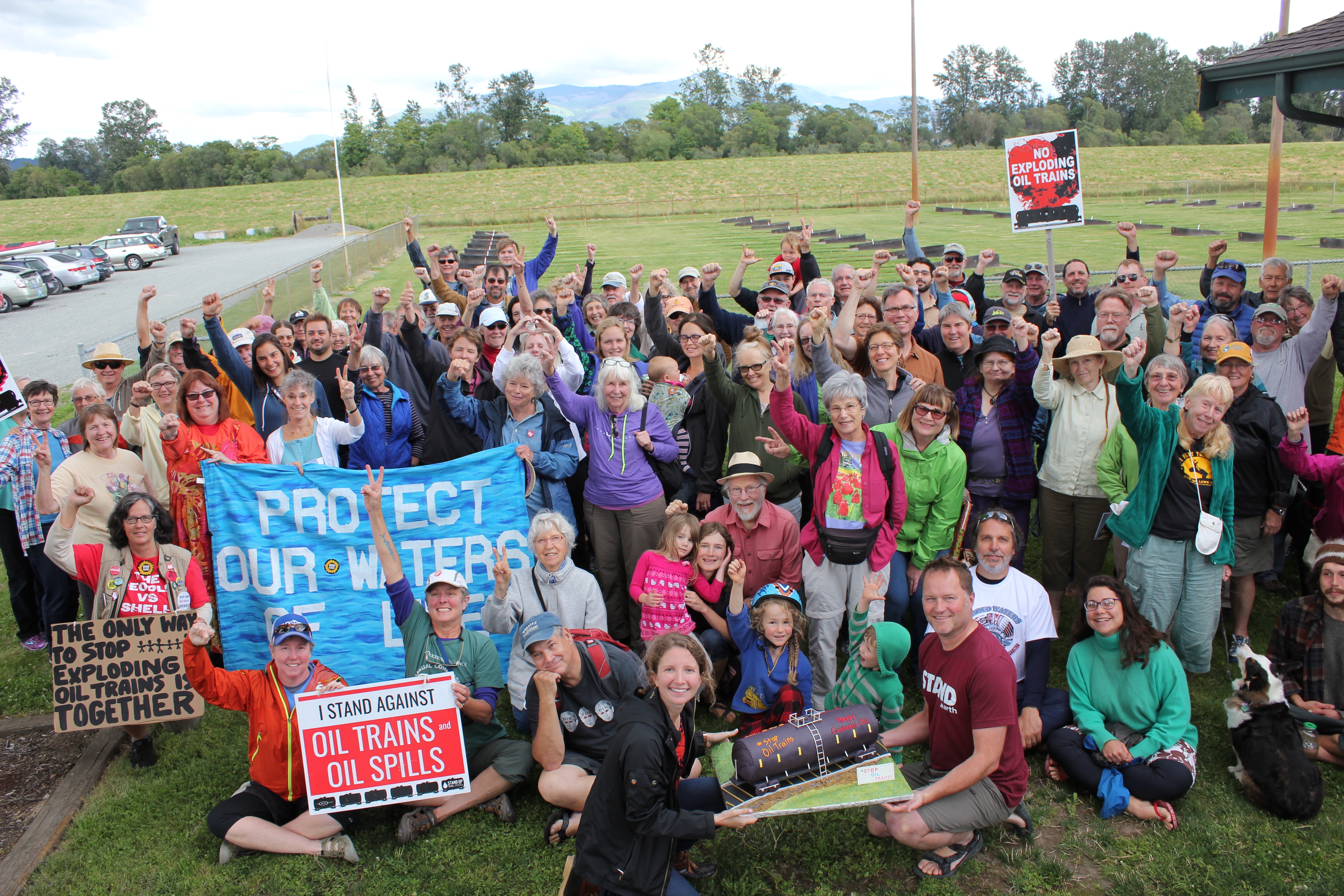 Say No to More Oil Trains in Our Communities

Shell Puget Sound Refinery wants to build a rail loop that would bring six additional mile-long crude oil trains each week to the refinery near Anacortes. Shell’s plans would mean an increase in dirty and dangerous oil trains, which threaten critical waterways and put the schools, businesses, property values and public health and safety of every community along the rail line at risk.

The proposal threatens Skagit County residents in Mount Vernon and Burlington, in addition to many communities along a rail route that spans the entire state of Washington — including the cities of Seattle, Tacoma, Everett, Vancouver, Olympia and Spokane and the communities of the Columbia River Gorge. From explosive oil train derailments to oil spills in our rivers, pollution and blocked traffic, there is no way to mitigate the risks and costs of Shell’s plan.

What’s more, there’s nothing to stop Shell and other oil companies from using these dangerous oil trains as a source of overseas exports and more profits, offshoring local refinery jobs and increasing the risk of tanker spills. Oil refineries in the area already have the capacity to bring in up to 15 oil trains a week.

The alarming safety record of oil trains means an explosive oil train derailment may be a question of when, not if. Less dramatic but equally concerning is the air pollution, spill risks, and traffic delays oil trains bring to communities along the rail line.

Oil train derailments have been linked to failing tracks and rail infrastructure. The 100-year-old Skagit River railroad bridge is cracked and sinking, and has eroded piers and significant rust on its beams. The bridge is upstream from a water treatment plant serving 56,000 local residents in Anacortes, Oak Harbor, La Conner and the Whidbey Island naval air station. A derailment could threaten the structural stability of levees, causing flooding in nearby cities.